Calgary has some amazing visionary women! One of those women is Jannette Festival, Executive Director of Calgary Mothers’ Milk Bank Association. In September 2010, Jannette Festival RN, IBCLC was working at the Foothills Hospital in the postpartum unit. A mother from Nelson, BC had a baby girl on the unit in palliative care. While caring for the girl and her family, Jannette was impressed at how well the girl was doing on human milk. As the time grew near for the family to return home, the girl’s mother organized a radio appeal for breastmilk for her daughter. The response was 20 liters of raw, unpasteurized mothers’ milk!

Later in November 2010, the Canadian Pediatric Society released an updated position statement on human milk banking. Included in the new statement were a few sentences that ignited a bundle of questions within Jannette:

“The preferred nutrition for the newborn is his/her own mother’s milk. When this is not available or is limited, pasteurized human donor breast milk is a recommended alternative for hospitalized neonates … milk banking in Canada should be encouraged and promoted.”

Could Calgary Have a Milk Bank?

Jannette pondered the question again, and again, and after a few days started asking her friends and colleagues. “Absolutely!” quipped Maureen Fjeld, IBCLC. Again, and again, the response was enthusiastic and supportive. After a few days, Jannette called a meeting to establish an Advisory Board. “It was so amazing to see how the people who wanted to be a part of it made themselves available and how in less than 24 hours they were all at my home, sitting around my dining table. When you think about it, meetings don’t usually happen that quickly.“

With such enthusiastic support, Jannette set out on a life- changing journey to keep asking questions and keep seeking the answers about human milk banking. To learn about the guidelines for dispensing and processing donor human milk, Festival contacted the Human Milk Banking Association of North America (HMBANA), a professional organization of twelve milk banks in North America. For Festival, the most striking benefits of using human milk was the improved outcomes and reduced medical treatment costs for treating necrotizing enterocolitis (NEC) of premature infants. NEC is a severe, often fatal, condition of bowel tissue death often seen in premature infants. Pasteurized donor milk for premature and high risk infants has been shown to reduce the incidence of NEC, sepsis and infection, resulting in shorter hospital stays and significantly reducing infant mortality.

Each child that is treated with pasteurized donor human milk for NEC saves the public health system in excess of $200,000. That is a huge savings for our already stretched-thin public health system. Fueled with this newfound information, Festival started pricing out equipment. She quickly realized that she needed to find sources of funding, she needed medical support for the project to have longevity and she needed help with the community based not-for-profit portion of the project. With some special help from her husband, Jannette soon met retired CFO for S.T.A.R.S. Air Ambulance, Anne Marie O’Gorman.

We Can Do This

Over the course of the next few months, Jannette and Anne Marie did significant background research. They worked hard to learn more by attending conferences. Arranging meetings to garner support and networking within the new community were essential to generate the momentum to bring the dream into reality. Summer of 2011 zipped by and turned into September with all the presentations to hospital workers, neo-natal workers, and IBCLC’s (certified lactation consultants). Jannette also organized a conference call with stakeholder women who work in women’s health.

One of the things that enabled these women to move forward without restrictions (aside from Anne Marie abandoning the relaxing days of retirement), was that funding was established before the project was in full force. With more promises of financial support just as soon as they were able to start issuing charitable donation receipts.

Along her journey Jannette realized that a fast way to learn would be to travel to other milk banks to tour, research, shadow their processes and learn from them. First she headed off to the Austin, Texas milk bank to observe pasteurization. In Austin they annually process 350,000 ounces of donated human milk.

Next it was off to tour Canada’s only milk bank, the BC Women’s Milk Bank in Vancouver. Frances Jones gave her a tour of the facility that processes human milk donations of 65,000 ounces per year and services both the hospital and community human milk needs.

Jannette attended the October 2011 Calgary Babe & Tot show where she shared 600 brochures and talked with each person who stopped by her tri-fold display booth.

Have you been to the Calgary Mothers’ Milk Bank? It’s a beautiful location. I was lucky enough to have a personal tour. Would you believe it was their twelfth location to view? And their first impression while looking through the space: All the sinks! Seven little sinks, it was hard to imagine how the previous tenant found time to use them all.

With a space secured, the immediate need was to find a trusted contractor. Connections to people willing to invest themselves in the project just seemed to present themselves when the time was right. Matt Stayner from Timbertown came over to see the space and said, “I want to be a part of this. I have to do this myself!”

Jannette shared with me how, like so many of the people who helped with CMMB needs, it was easy to work with Matt. He was super organized and connected to the right tradespeople,

“Matt got what we were doing.” She is so thankful to Matt and his wife Dee for the donation of cabinets, floors and sinks. Being a community based milk bank is so important to Jannette that she sought out exclusively Canadian made equipment. The only non-Canadian equipment is the pasteurizer that came from the United Kingdom. Help has appeared in many different forms along the journey. Donations have included: property management tenant improvement allowance, a server from an oil company, cash donations and phone services.

Getting a real picture of how to make the milk bank operational, it was decided that a second trip to the Austin Milk Bank was needed. This time with fresh eyes, the focus was intense concentration on the specifics of how to complete the processes. This trip had a significant impact on our processes here in Calgary. Influencing how we store bags, how we track milk etc.

The CMMB rang in the New Year, with the creation of their Facebook page, a place where parents of recipients and donors of human milk from the community based milk bank can interact and share their stories.

Near the end of February 2012 enough had been done that, even before the space was finished, the CMMB started to do some of the work of the milk bank by screening new mother donors. Why? Because, screening takes time and then approved donors can start to express milk for donation. All along the way Jannette has been doing the due diligence, asking the “what-

if?” questions. One thing still amazes her,“I thought there would be barriers along the way, some real roadblocks that would need to be addressed and overcome along the way but you know, there really hasn’t been. What we’ve found are generously supportive people who have joined the journey and really got it, got what it is we’re trying to do here. There’ve been no long discussions about the benefits and superiority of breastmilk – the research has been done and I think everyone just gets it.”

The only barrier, if you can call it that, was the wait to hear that the application for charitable status had been approved. Being a community-based not-for-profit charity was an integral part of the Calgary Mothers’ Milk Bank and Anne Marie remembers being surprised that it took eight months to review. “Everything was going along so smoothly that it really took us by surprise.”

Right now, just getting through each day, screening mothers, receiving the milk donations, tracking the milk, pooling the milk, pasteurizing the milk and finalizing the soon to be bi-weekly offering of on-site free breastfeeding classes. Currently the CMMB has 60 donors, although not all of the mother donors reside in Alberta. The Canada wide demand for mother’s milk is currently at approximately 400,000 ounces a year. We have some growing room. That’s for sure! CMMB envisions filling as much of that need as they possibly can. Jannette and her team have high hopes for 100 donors in their first year of operation and visions of ounces and ounces of mothers’ milk to share with ill babies.

The CMMB Executive Director would like to see the breastfeeding duration rates in Alberta increase. Jannette feels it is important that the community-based milk bank exists for breastfeeding mothers not vice-versa. Often recipient mothers become donor mothers over time. Even with many of the hospitals coming on board to support the use of donor human milk, Jannette was delighted to share that currently the CMMB has no wait times for filling prescriptions and is able to meet the milk needs immediately. Currently CMMB is pooling the donated milk (for more evenly distributed fat content) and pasteurizing donated breastmilk weekly. This process is being facilitated by the donor coordinator and two volunteers.

One of Festival’s long term goals is to encourage all Albertans to start a letter campaign to insurance providers to encourage them to cover the costs of donor human milk.

There is a true need for fundraising for when the babes get home, so that parents are not struggling to meet the costs of the milk.

Would it surprise you to know that Jannette has one more piece of specialized equipment on her wish list? She would like a nutritional analyzer, to enable the milk bank to further specialize the milk donations for the most ill of babes.

It is very exciting to have Canada’s second milk bank here in Calgary. This great community resource is already making a significant difference to babies and mothers here in Alberta.

Mimi Pendlebury is an IBCLC in private practice serving Calgary, Alberta and area.

Currently the need is triaged out based on the severity of illness. The following babies get priority:

How can I ensure that the CMMB thrives?

How do I request human donor milk for my baby?

Where can I get a prescription for human donor milk?

How can I donate my pumped breastmilk to the CMMB?

Studies you can share with your health insurance company and health care provider:

Necrotizing Enterocolitis: the Evidence for Use of Human Milk in Prevention and Treatment: http://jhl.sagepub.com/content/20/3/335.short

Increasing the Consumption of Breast Milk in Low-Birth-Weight Infants: Can It Have an Impact on Necrotizing Enterocolitis? http://journals.lww.com/advancesinneonatalcare/Abstract/2012/10000/Increasing_the_Consumption_of_Breast_Milk_in.4.aspx

The history of human milk banking in Alberta: http://www.birthingmagazine.ca/breastfeeding/45-human-milk-banking.html 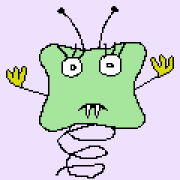