We are all social creatures at heart. We all want to belong, to be treated as equals and to be respected. We are happiest when we are accepted and supported by our families and communities, by our workplaces and in our social arenas. Being publicly shamed and belittled can be devastating. Being shamed for a human act as natural as breastfeeding is inexcusable. 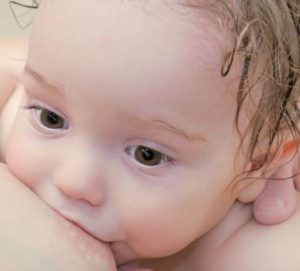 In July a message came up on an online parenting community I belong to. One of the other moms was furious; she had been breastfeeding her baby at the Talisman Centre while waiting for her daughter’s swim lesson to finish when a lifeguard informed her that she would need to move to the change room to nurse. She was upset and angry, but no amount of discussion would shift the lifeguard. The Talisman Centre’s policy was clear: no breastfeeding in or near the pool.

When I read her message I was shocked. I had somewhat naively believed that we were living in a more enlightened age, that breastfeeding women were no longer anomalies, but the status quo. It appeared that, so far as the Talisman Centre was concerned, I was wrong. To them, breastfeeding was shameful; an awkward necessity to be hidden as much as possible.

I wasn’t the only one upset or angered by the treatment this mom received, far from it. Our community of moms rose up to support her and to add strength to her voice. Within hours of her post there were moms calling and emailing to complain, planning a nurse-in and lining up facts, laws and policies to arm themselves with. A Facebook group was started: “Let’s Make the Talisman Centre Breastfeeding Friendly.” Within a day there were more than 200 members.

The first responses we received were less than hopeful. The Talisman Centre stood behind their policy. They supported breastfeeding, so long as it was done “discreetly” so it didn’t make their other customers uncomfortable, and forget about nursing in the pool! This response wasn’t acceptable to anyone, so off went more emails loaded with facts (including the Breastfeeding Action Committee of Edmonton pool report), other breastfeeding incidents and information on the City of Calgary’s policy on breastfeeding at and in the city pools.

We contacted breastfeeding support groups and breastfeeding friendly organizations, we discussed involving the media and we contacted the Human Rights Commission and found out what was involved in filing a formal complaint. We were ready. We would be heard and we would ensure that no one would ever be told to stop nursing at the Talisman Centre again.

It hadn’t needed a nurse-in or a human rights complaint for the Talisman Centre to decide to do the right thing. We had been heard because we were persistent and numerous, because we were armed with irrefutable facts and examples, because other pioneers had already blazed paths before us, changing the city’s pool policies to support breastfeeding “anytime, anywhere.” We had banded together and stood up for ourselves and for our children. We had refused to accept shame and belittlement for what is ultimately the most nurturing act a mother can do for her child: breastfeeding.

I can’t help but think that it shouldn’t happen at all though. There should never be a woman told to cover up or to be made to feel uncomfortable for breastfeeding in public. As a society we should support our mothers and our babies. We should work together to ensure that breastfeeding mothers everywhere are never made to feel shame for doing what they are meant to do; nurture their children. One parenting group helped change a pool’s policy.

What could a province full of women achieve? Breastfeeding is specifically protected under provincial law in both British Columbia and Ontario. It should be protected in Alberta as well. Our little group started out as a movement to change one pool’s policy, but now it has changed. We need to make Alberta a breastfeeding friendly province. If you’d like to be involved in forming a better law for Alberta mothers and babies look us up on Facebook at “Protect Alberta Breastfeeding.” With enough voices together, we can be heard anywhere.

Brooke McCallum-Bont lives in Calgary with her husband and their five children who range in age from 13 years down to 11 months. A passionate advocate of breastfeeding she has yet to nurse in a washroom.