Our first answered prayer, a beautiful little girl named Kailie Sera Jolene was born on June 21, 2003. Although I had had my appendix removed when I was 18.5 weeks pregnant with her, my pregnancy, labor and delivery was absolutely wonderful. We had midwives and had labored at home and then given birth at the hospital, but went home to begin our new life as a family of three just three short hours after Kailie was born.

When Kailie was two years old, my husband Kitch and I began to talk about trying for a second baby, as we wanted them close in age. We decided that we would begin to try immediately. Prior to getting pregnant with our daughter, I had had to have my right ovary and fallopian tube surgically removed, as they kept wrapping around each other. Although the doctors had told us that I would get pregnant, I was still a little unsure if we would be as fortunate the second time around.

Much to our surprise and delight I got pregnant the very first month that we began trying. I have always heard that some pregnant women “just know” when they are pregnant, even before any symptoms begin to show. I even remember my own mother telling me that she knew the day after she conceived with me! Something within me urged me to buy a pregnancy test even though it was still early. I did the test and was so pleased to see a very faint positive line on the test. Kitch thought it could mean anything. We decided to call the phone number on the box and spoke with a nurse who said a positive line meant a positive result regardless of how faint it was.

The first trimester was filled with nausea, exhaustion and anxiety. Soon the first trimester was over and the nausea, exhaustion and anxiety were replaced with renewed energy, anticipation and excitement.  Life was going well. Although I did not have the luxury to rest and nap, as I did in my first pregnancy, I thoroughly enjoyed each day as my belly grew bigger.

Before I knew it I was nearing the end of my pregnancy. I did feel that this second pregnancy did not have the same focus and intent as my first. I felt guilty, disappointed and a little sad that this pregnancy went by so quickly.

On Thursday June 29th, 2006 I went to see my midwives for my routine appointment. I left with the thought that I still had two weeks of my pregnancy to enjoy before my due date. Mid-morning the next day I began to have some show. The day went on with mild contractions that kept drawing my attention away from the things that I was doing around the house and with Kailie. I had called the midwives to touch base and our doula, Joanna.

Joanna suggested we should have a babysitter take Kailie out of the house so that my labour may become more active. Once the babysitter took Kailie out, Kitch and I went for a walk. By the time we got home my contractions had stopped completely. I just did not feel comfortable with Kailie not being at home with us. Joanna thought that was likely the reason that my labor stopped. Kitch and I decided to have dinner and watch a movie together. Kailie returned home later that evening and we all went to bed.

During the middle of night I was unable to sleep. The contractions kept stirring me awake. I called the midwives around 7:00am, because the contractions had been strong and regular for quite some time. Theresa arrived around 8:30am, but by then Kitch and Kailie were awake and the contractions had stopped once again. Theresa thought this was prodromal labor and that although I could have the baby soon, it could also be weeks. She further told me that I was not dilated! How could this be? It had been almost 24 hours since the beginning signs that things were occurring!

I felt tired, disappointed and let down. I was so frustrated and discouraged. I had lost a night of sleep already and did not know what was happening. I prayed that the contractions would not start up again and told the baby within that I really wanted to be pregnant for another couple of weeks. I tried to reason that it would be better, as I would be able to catch up on sleep and restore my energy and be both emotionally and physically prepared for the birth.

I spent the day feeling out of sorts and uncomfortable. After dinner, while Kitch was putting Kailie to bed, I went to have a bath. While I was relaxing the contractions started up once again. They became more intense and regular. I got out of the tub and called the midwives. Maura told me that I was still likely not in labor and to go finish my bath and go to bed. I cried in desperation. If I was not in labor then I thought that something must be wrong. I decided that I may need to go to the hospital. Maura told me that the hospital would just send me home.

I got off the phone and called Joanna, our doula, in tears saying that I was in labor but nobody believed me. She said to get back in the bath and that she was on her way over. Kitch did not even know that I called and was surprised by Joanna’s arrival. She came right to me. I was still in the tub labouring through contractions on my own. I was so distraught. If this was not labour what was it?

She took my glasses off, turned off the TV, put music on, and dimmed the lights. She then started timing my contractions which were very strong and regular. She began telling me that I was going to have my baby tonight. I resisted. Then I began to throw up; a sign of transition. Kitch had been having trouble getting Kailie to sleep, perhaps she sensed the anticipation that her sibling was soon to be born. Joanna went to get Kitch because she felt I needed him with me. Joanna then called the midwives and told them to come right away. She had been there for a couple of hours by then and I was definitely in labor.

The midwives arrived around 11:30pm. I got out of the bath so Maura could check me and I was eight centimeters dilated. Maura wanted me to labor on the toilet to encourage my water to break. I remembered just how uncomfortable laboring on the toilet was with Kailie and protested. Maura and I compromised. I agreed to have a few contractions on the toilet but then I was going back in the bath tub.

After I was back in the tub Kailie came into our room and started to pat my head and give me sips of water. She told Joanna that “Mommy is making animal noises.” I was aware of her presence, but did not know at the time just how late it was. Around 1:00am Kailie finally went to sleep.

Around 1:30am Maura checked my progress and I was still only eight centimeters. I was so discouraged and upset. I started telling her and Joan-Margarett, our other midwife, that I had had it and that I was going to the hospital. Maura began to remind me of my reasons for not wanting to go to the hospital. I then remember saying, “Fine…I won’t go, but someone has to help me!” Joan-Margarette reminded me that I was the only one that could do this.

With my frustration I suddenly felt the urge to push and then my water broke in the bath tub. I felt a peace come over me. I remember thinking, “my contractions have slowed down and I have a moment of peace. I cannot share this with anyone!” Within moments of my water breaking I began to push and my baby was born in the bathtub at 1:37am!

As Maura began to put the baby in my arms the placenta snapped and the bath tub turned bright red. I immediately looked between the baby’s legs and confirmed…it was a boy! We followed family tradition and named our son Kitchener. He is the fourth generation to have this name and I was so proud to be able to keep the tradition. Maura clamped the umbilical cord on the baby and had me get out of the tub.

During this time I just could not believe that I had even been pregnant and let alone just had a beautiful, healthy baby boy at home in my bathtub! It was surreal and so real all at the same time!

After I birthed the placenta I began to nurse my dark haired and dark eyed baby boy in bed. To be able to birth my child surrounded by my husband, doula and midwives, all the most capable, safe and loving hands was truly an amazing and blessed experience. I was grateful for the wonderful care and attention. I felt such gratitude that I was fortunate to have another beautiful birth. I will never cease to be amazed and thankful for that.

Around 5:00am Joanna, Maura and Joan-Margarette had come into our bedroom to give us hugs and say goodbye. Around 5:30am, Kailie woke up just as the sun was rising. She wanted to meet her new little brother. After a hug and kiss from Kitchener’s big sister, Kailie crawled into bed with us and we all went to sleep as a family of four! What a wonderful way for our “baby moon” to begin! 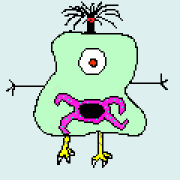 Nicki Wilson is proud mom to Kailie and Kitchener, and wife of Kitch. She is a psychologist working with children in Calgary, Alberta. This birth story was taken from our Summer 2009 issue of Birthing Magazine